This week I have been in charge, solely, of my two year old, Maximus . My wife has been away. Max? He is freakin' nuts. He is certifiable. He makes me wanna come home and drink Sierra Nevada Torpedo IPA as fast as I can before I face him. Nah, I would never do that. Not me.


I'm old, and he is nuts. He is two. I'm forty six. I already have two boys who are thirteen and eight. The rest of my friends who are my age have kids who are in college. One friend has a granddaughter.

I have a two year old.

What? What is wrong? I am constantly asking him, questioning him.  Why are you crying?  You want milk? Just ask me, I will give you milk, you do not have to cry and scream to get milk. I want you to have it. I do not have a hidden agenda to not give you milk! It makes us both look good when you grow big and strong! Just say it, say that you want milk, and I will provide. I can not read your mind, or for that matter, understand you when you are screaming. You are garbling your words and I am getting furious. OH MILK!!! OK, here it is, Drink the F up!

And at one a.m. every night, he sits up and screams. I know this because my wife has a camera in his room. So I wait up, reading, and glancing at the monitor. Reading and glancing. If I go to sleep and he wakes me up, it just pisses me off. So I stay up.

And then, even though I have left his door open, he cries for me to come get him. YOUR DOOR IS OPEN!!!!  I yell it and he still cries, and then I furiously throw off the covers and go get him and bring him into bed and then he falls fast asleep. That BINKY making sucking noises.

Of course, the dogs, my wonderful Labradors , Bas(male) and Storm(female), hear my voice and begin to stir. My voice means retrieving, hunting, training.  They wanna go out. Now? Yes, now. It does not help that Storm is in heat, man. 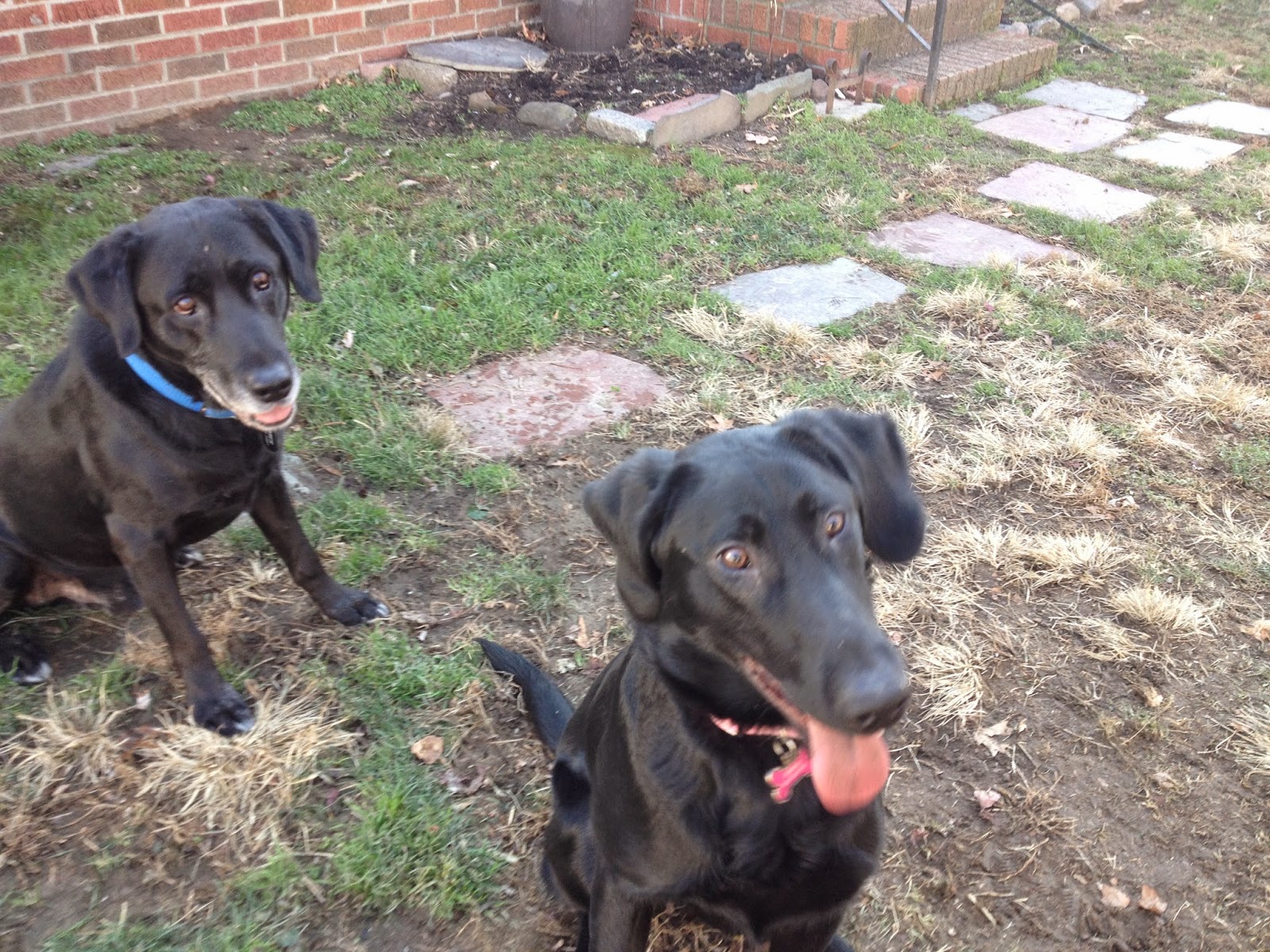 Bas will not eat. Poor Bas. He is ten years old and a virgin.

He grabs her with a vice like grip. I yell and yell and go out in the yard in bare feet and grab him and try to separate them. But Bas is determined. Clinching and clinching like an exhausted heavyweight in the last round. I finally yell, RUN Storm!and she bolts inside and downstairs. I hold Bas at the top of the steps just for a brief minute so that Storm can have a drink of water in peace without Bas hunching on her like a madman.

And finally I get back to bed. Max is up at seven or so. He is quite demanding. MY JUICE! MY TV! I run to the kitchen to get his juice and turn the TV on at the same time. I do not want the dogs to get up yet, because then I will have Max screaming and the dogs whining and Bas panting and whining, moaning even. And then I think, just what is going on in the basement?

And Bas, crazy Bas, who never has an accident, ever, urinates all over the place this morning. On the vacuum, in his kennel, on my jacket. CRAZY SEX FIEND LOSES CONTROL OF HIS BODILY FUNCTIONS! And I had it all timed out, get James up, get Max dressed, dogs, Truck, put Archgoat on the radio, Daycare, Chick-Fil-A for James breakfast, then off to work.

But Bas has screwed up the itinerary.

The urine spray/puddle/lake that is everywhere causes me to yell at the top of my lungs. And yell and cuss just a little. Of course the eight year old thinks that he has done something wrong, like left a half eaten peach in the couch cushion( a sometime occurrence), so he asks, what is it??

Oh, Bas pissed everywhere, I say. And he says, oh, OK! He is relieved. Meanwhile the urine is like a flooded creek. How could his bladder hold so much? So I grab paper towels and start mopping it up and then apply some spray disinfectant. But then I hear Max screaming for me. Fun! Oh, so fun. Max is fine, he is just two. He is two, I say, just two. He will get better.

I make it. I get him dropped off at day care. Bas had settled down before I left. He was exhausted. He is seventy years old and running and licking and hunching. That is hard work.

And then I get a free coffee at Chick-Fil-A and Archgoat is playing and then Thin Lizzy and I am thinking as I go off to work and over the Walt Whitman Bridge, I am thinking,  just what is so great about having kids and dogs? You just worry all the time about them, and they are always screwing something up. Oh! it must be the times in between the screwups that make it all worthwhile. The looks of love or the completion of some task that surprises you, freaks you out.  It is not an all the time thing, though. You get a Blam! of love and affection and a steady rain of WHY THE HECK? the other times. But me?

I keep having more kids and getting more dogs.  There must be something worthwhile about it. Gotta be.

Either that or I have some type of sickness.