Thoughts and a Turkey Leg

I just finished The Painter by Peter Heller. That's a good book. If you like books about men who believe in an eye for an eye but are also into the arts and fishing and the outdoors, then this is the type of book that you will like. And nothing mushy about it either. Meaning no weird lovey-dovey stuff. Weird to me , that is.

Also- Superjoint Ritual, my all time favorite band, is playing a reunion show at the Housecore Horror Festival in October. I can't go, but would LOVE to. I am hoping that they will tour. 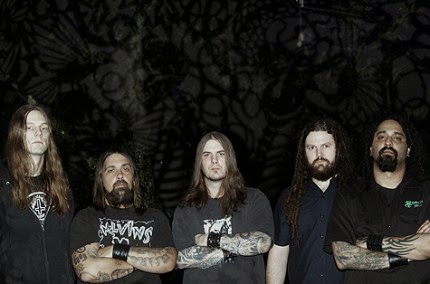 I love it when people decide that enough is enough and then start training and eating right and you don't see them for awhile and then when you do, BAM! They are different looking. My buddy was getting a little heavy there for awhile and he started down that road where he was getting sloppy and then the next time that I saw him he looked totally different.

I asked him what he had been doing(transformation fascinates me) and he said that he was performing kettle bell swings and goblet squats for exercise and that for his diet he cut out the carbs except for 3-5 beers at night. Now, he isn't gonna get huge that way or all diced up, but man, he looks healthier, and he is a whole lot happier. And really, he doesn't know what the hell he is doing when it comes to training, meaning that he doesn't know how to program and his form is off, but, and this is  key here- He was/is consistent, and consistency can trump all that other stuff. Everyday, getting it done with diet and his swings and squats and it works. That's easy, right? And the 3-5 beers is pretty cool, meaning that you don't have to live like a monk to make some drastic changes.

What else? I can't express enough to people that you must train what you can train and that the important thing to do is to keep training, training, training. So if you have an injury, train around it, and also try to set goals with the new lifts. I don't care if it is a rep record for freakin' machine laterals, it gives you something to shoot for when you train. 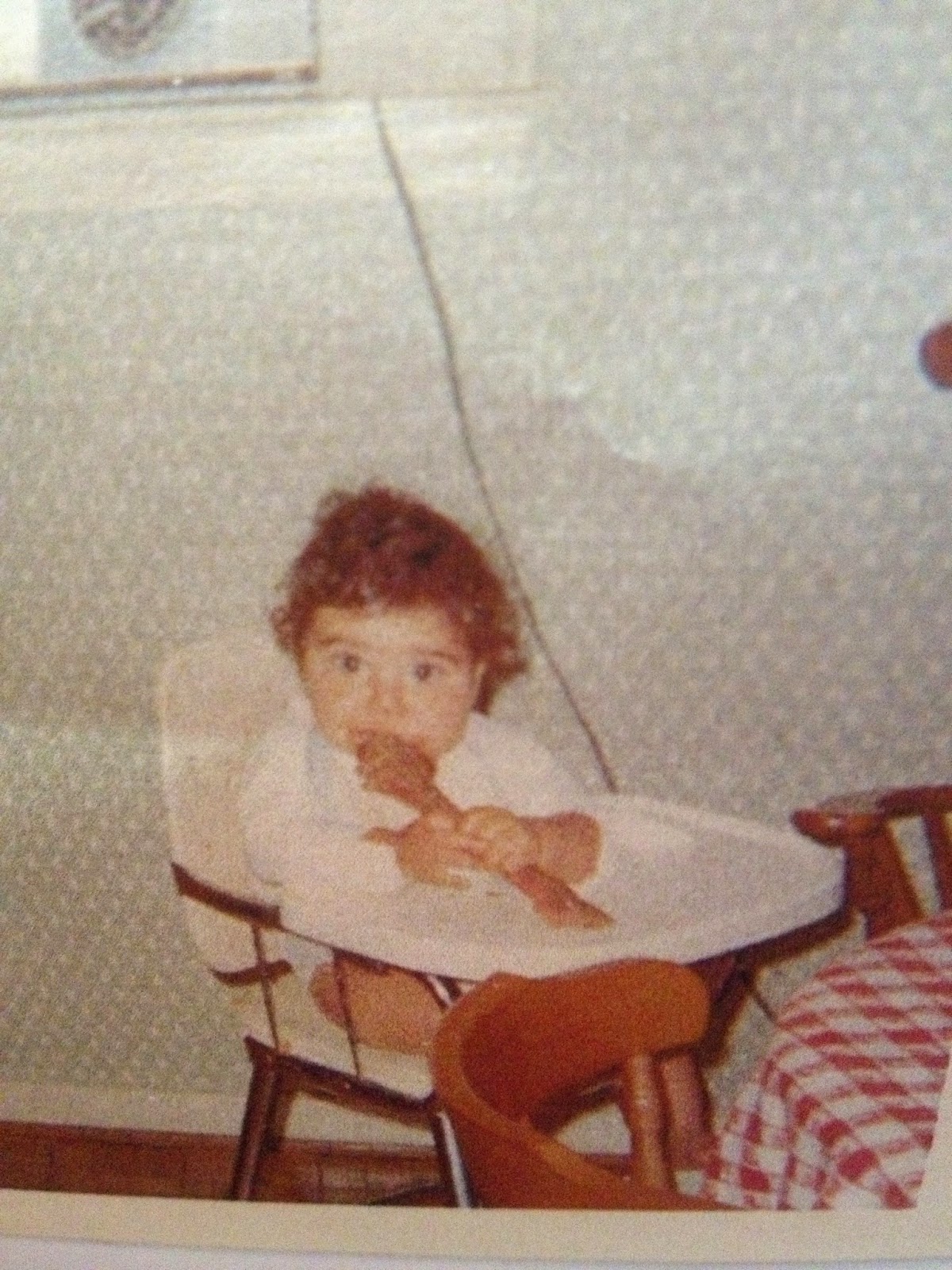 No,  I did not post it to show how utterly adorable I was , I posted it to show that my parents were letting me eat a whole turkey leg. When I was one .

And so I asked my Dad, "Weren't you afraid that I would choke??" and he said, "Nah, you had teeth. You could bite and chew." Quite different than these days, huh? When everything is pureed for the kids and there are warning labels on everything and treats melt in their mouth and warning warning warning choking hazard. Hell, give that kid a sinewy turkey leg for lunch!

My assistant Stephen did 12 sets of 4 at 485(80%) in his deadlift today and then did 425 for 8 to finish. It's part of a program that I wrote awhile back. The cool thing was that he was so determined to finish and Cristi and I were encouraging him and he was pushing himself like crazy to get it done. He was drenched in sweat and covered in chalk. And after one set he started talking about the rituals that he has while training, like how the weights have to be tightened after each set even though they don't really need it, and the deadlift jack is placed in a certain spot every time.

And it got me thinking that I do that type of stuff also, and that I bet a bunch of people have their little rituals that get them going. I go through hat and shirt and bandanna phases. My Skinless black hat and my Down cutoff and Down bandanna are three clothing/accessory items that when worn, guarantee a good workout. I know that Yates had music to listen to and clothing that he wore for each different body part. It's cool and different and I guess that it smacks of superstition, but if it works, or even if you think that it works, then go for it. 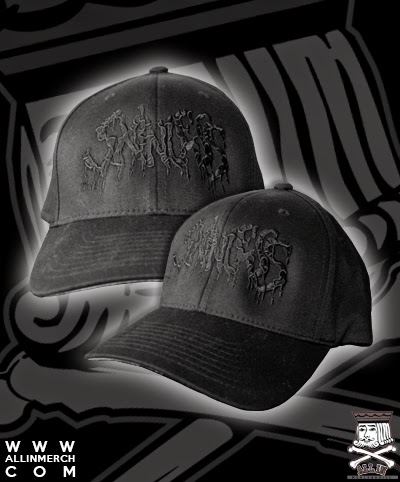