Lifting weights. Powerlifting, bodybuilding. Seems like a weird thing to do, ya know?

The quest for strength and muscularity and learning about all of it is a never ending quest, one in which a person never really gets to the finish line.

It's like a sickness, a good sickness. I have had this sickness for many years. If you are in your 40's and older, here are some of the symptoms of the sickness:

Symptoms include obsessing over never missing a training session, obsessing over a rep that you missed (even if it was years ago), utter disdain for anyone who doesn't lift weights, utter disdain for those who do lift weights but don't try hard when they are doing it, a voracious appetite for the history of the Iron Game(including collecting old muscle magazines),  still getting pissed off that Franco won the 1981 Olympia with no legs and Tom Platz got ripped off, always wondering what Kaz could have really benched if he didn't tear his pec, obsession with the Barbarian Brothers, kicking yourself in the ass for not visiting Gold's when you were a teenager when Platz and the other pro's were still competing, getting pissed off that everyone calls a weight done with STRAPS a deadlift record (it's a deadlift record with straps), nose bleed high squats that get passed, gimmicks and fads that everyone thinks are the latest and greatest but fade away after a few years (kettlebells, yoga, ab exercisers, suspension training, pilates) and then the barbell emerges with its feelings slightly hurt but continues to reign supreme. Or for years you lie in bed the night before a big workout and visualize the weights that you will use and the great feeling you will have after the session is done. Or on the way to the gym, you still get that excited feeling that you had when you were 15 years old and are going to attempt to squat 315 for the first time. Sick sick sick. Again, in a good way. 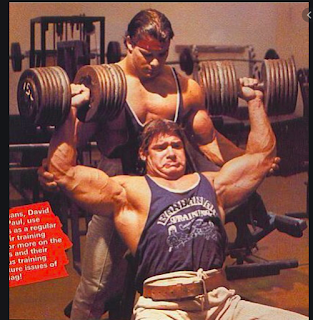 And you take all that stuff in and you look back and you think, damn I spent a lot of time thinking about and doing this weight training stuff over the years!

It's crazy that one can show me a picture of Tom Platz and I can tell them what year and what show it was taken from mostly every time.

Or when I can tell you why Kirk Karwoski changed his squat suit to a looser suit when he squatted 1000x2 years ago.

But I would not change a thing. It's been a great ride and one that is still going for me and all the others who have made the Iron Game their lives. A different breed of folks. A little nuts, perhaps, but who is to say what is nuts these days? I'll take it. 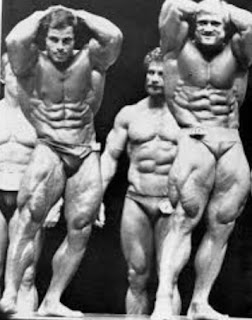 But let me know if you wanna discuss that '81 Olympia. What a shame...