Training stuff- Had a weird thing happen to me the other day. So I have been staying away from deadlifts for almost 2 years now. Had some surgery and I deadlifted a few times, I think that I went up to 475 one day? Something like that weight. And it felt like crap so I had a decision to make- squats or deadlifts? So I squatted instead. Safety Squats, an amazing bar. And I have squatted between 2-7 times a week for around 2 years.  Mostly reps in the 1-5 range, a few times for a set of 8-12.

Then a few weeks ago, I decided to try some deadlifts and it felt good and I kept putting on weight, a bunch of 25 pound plates on the bar. I thought that it was 525. I pulled it, and then counted it and it was 615. Nothing great ,  I get it. But I have barely deadlifted and it has stayed decently strong. And I emailed Marty Gallagher and he said that no question it was squatting that kept the deadlift up. I agree. When you really sit back and crush the floor with your heels, you use your legs a whole bunch. And the best exercise for legs? Squats. In fact, we talk about "squatting the weight up" all of the time. So if you are unable to deadlift for awhile, but you can squat, then squat like a madman and "the dead" will stay strong.


I have been revisiting country music lately. Man, has it changed since the 1980's. oooh it is some watered down stuff these days, crossover and rap and country? So I put on Hank Jr. Listened to him sing Whiskey Bent and Hell Bound. Dug out some Habits Old and New. Took me back to 1986, sitting in the third row at George Mason University. Cowboy boots. Copenhagen. Hank on acoustic. Sober as a judge, he was. And what a show.

Also put on some old Willie. Of course. And then I was listening to Joe Rogan's podcast and a guy named Sturgill Simpson was on there. Cool interview, sounded like a great guy. I  listened his music and he is really, really good. And so much different than the other crap out there. He's like a metaphysical Waylon Jennings.  Check him out-


And check this book out 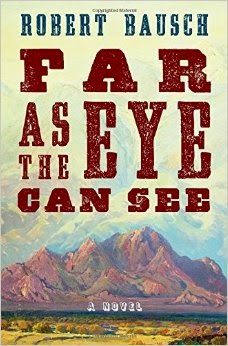 From Amazon: "Bobby Hale is a Union veteran several times over. After the war, he sets his sights on California, but only makes it to Montana. As he stumbles around the West, from the Wyoming Territory to the Black Hills of the Dakotas, he finds meaning in the people he meets-settlers and native people-and the violent history he both participates in and witnesses. Far as the Eye Can See is the story of life in a place where every minute is an engagement in a kind of war of survival, and how two people-a white man and a mixed-race woman-in the midst of such majesty and violence can manage to find a pathway to their own humanity. "

It was a very good book, one of those that I couldn't wait to get back to each night. And it was a strange book because it flowed so easily and then you'd have these moments of dread when you got to an "oh no" part, where you just knew old Bobby was in trouble. But he was a gamer, a survivor, a man of strong morals. He also had that switch in him that could make him kill a man if he or someone he loved was wronged.
Posted by James Steel at 9:40 PM