The Scent Of New Death 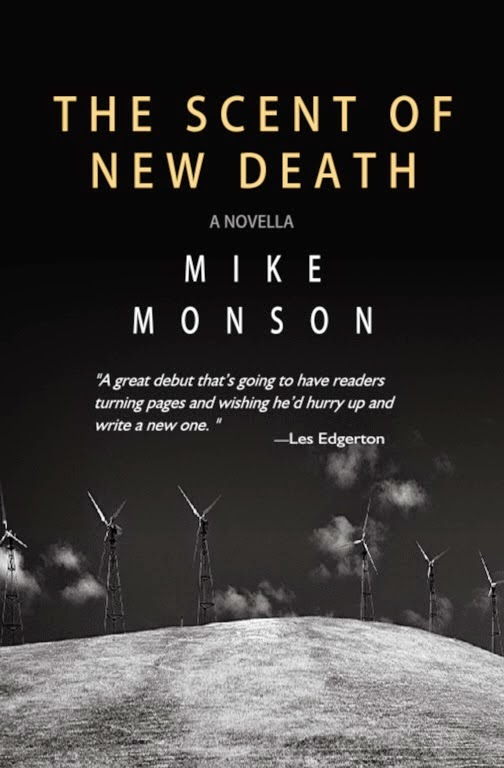 Mike Monson writes like a guy from Prince Georges County, Maryland. In the seventies  and early eighties. When Maryland was pretty much a Southern state and the cops beat the hell out of you for looking at them sideways and you could shoot a gun outside of your house and not get crucified over it. And Budweiser was king and country bars dotted the landscape of Route 1, and the Pagans controlled the strip bars.

Hell, that's where and when I grew up. No wonder this crazy dude appeals to me. I read his stuff straight through and ignore everything else until I get done.

His latest novella, The Scent Of New Death is very, very good . Of course, like Monson's other stuff, it's slightly demented and sick , and just when you think somebody is gonna do something normal, they rape or slice somebody up.
And that's what makes him so good and that's his style for sure. I'm like, uh oh , here it comes, it's not gonna be just a bullet to the head, it's gonna be much more than THAT for sure.
The book is filled with treacherous females who have sex issues to badass dudes who never leave a witness to testify. I really like the main character,  Phil Gaines. He is always flying under the radar. He is a man that everyone knows is super dangerous, so dangerous that nobody will even talk about him. He is a criminal but he meditates.  He keeps to himself, lives a quiet life, but isn't scared of anything or anybody.
This book should be made into a movie. I hope Monson gets the BIG break one day soon, he deserves it for his exceptional talent.
Posted by James Steel at 7:46 PM