The following article is written by my good friend, Jimmy Anderson. Jimmy is the Strength Coach at Spartanburg High School in South Carolina. He and I started coaching together in 1989 and have been best friends ever since. Jimmy and I often talk about our fathers and their generation and how when that generation is gone, the last real men will have disappeared. The generation of only take what you need. The no BS generation. The kids of the depression. The kids of War rations. They are just different, a breed apart. No whining, no bitching, just working. No false chatter, no looking for a handout. Serious men who knew that a lot was riding on their shoulders. The backbone of a nation that became the greatest that the world has ever seen. Simple, because what else is there? Get your ass to work. Jimmy's Uncle Bill was part of that generation also. He always told me stories about working for his Uncle in the summer. Finally, I talked him into putting it onto paper.

Growing up in the Blacksburg, south Carolina back in the late 70’s and early 80’s was very much like the real version of The Andy Griffith TV show. Everybody knew everybody and most of the time you were related or “kin” to them. Which means you better be careful who you talked about. The first week of summer vacation my mom would let me sleep as long as I wanted. After that first week, I would hear those dreaded words, ”Get out of the bed. You’re not going to sleep all summer. I just called your Uncle Bill. He has some work for you to do.”

Summers in South Carolina are hot.

You have to understand my uncle. He did a little bit of everything. He had a farm with cows and horses. He was a gravedigger. He had a backhoe to dig the footings for houses and buildings. He even dug his own mother’s grave. He told me that it was his chance to do one more thing for his mom. He never had air conditioning in his house. He said that it made you lazy when came out to work in the heat. He would eat about 3 bowls of Corn Flakes for breakfast and I never remember him eating again until the day was done.
My job with him was in the hay field. Did I mention how hot the summers are in SC? Well, you can’t bale the hay until it has laid in the fields cut, raked, and dried out. This means it doesn’t get bailed until 2:00 or so in the afternoon. My job, along with some cousins, was to walk through the fields, picking up the hay and throwing them on the back of the truck. Usually there were two cousins on the truck to stack the hay to take to the barn.

In these days I was 13-15 years old. Most of the time that I worked for him I could not drive. It didn’t bother Bill. If he needed you to dive a dump truck, you drove a dump truck. My first experience in driving a truck with a standard transmission was in the middle of the hay field. I was 13 years old and Bill told me needed me to drive back to the barn. I told him, “Uncle Bill I’m 13 and have never used a clutch.” His reply was, “What the hell am I paying you for? Drive to the barn.” You can learn a lot of stuff when you have to. He never really cared to hear any excuses.

There was hay in the field and it had to get to the barn before it rained or it was no good. That means if there were 6 guys there (or girls. He had 2 daughters that worked as well) or there was just 1, when it was time to work, you just worked. This brings me to my favorite Bill story: We had a couple hundred bales to get and I was the first and only worker for a while. I think I got a nickel per bale. Bill said, “Let’s go. You load and stack and I’ll drive the truck.” This sucked. I would throw 3 or 4 bales on the truck, climb on the truck, stack it, jump down and repeat. Long pants and long sleeves in that freakin southern heat was bad. I finally looked inside the cab of the truck and Uncle Bill is drinking a beer with a cooler of water in the seat beside him. His reply to this 13 year old’s request for water was, “I’ll give you a beer but no water.” I asked again. Again his answer was, “Nope. Do you want moma’s breast or do you want a beer?” Sarcasm is a family trait. Make no mistake, I had to finish loading the truck before I got refreshed. Don’t feel too sorry for me. Help soon showed up and I soon got water.

What I got from my summers with him was simple. Just do your work. Find out what it is that you get pleasure from and just put your head down and work at it. We fished some. Swam some. And ate a ton of meals together.   He was an honest man who did an honest day’s work, but be careful. If you had thin skin, you sure didn’t want to ask him a question. You got an honest answer that might hurt your feelings. Uncle Bill died a few years ago and left behind a lot of great memories behind.   He was a Great American man. 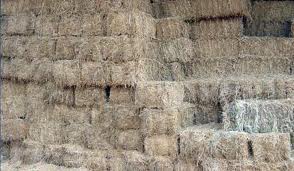