First off, thanks to everyone who bought the Bas Barbell Book of Programs. I made it 10 dollars so folks could buy it, that it would be affordable for all. The overpriced crap that people are peddling is ridiculous. And the stuff that isn't crap, like Pavel's stuff, is so expensive that its tough to justify buying it. And I love Pavel's writings, I just don't get it, the prices, that is.

Listen, I feel guilty charging for anything, because I love helping people, but I have been broke my whole damn life and when people buy stuff from me it enables me to go see my son in North Carolina without borrowing money, or buy a book without waiting on Christmas. And that's the truth.

And I ain't bitching, I knew what I signed up for. Long hours and little pay, but lots of rewards. I have a guy working for me now who I coached at Gardner-Webb and he went on to play 9 years of Arena Ball and was damn good at it, was the player of the year one year, in fact. And Gabe Wilkins started for the Packers in a Super Bowl back in the 90's and he was one of my boys also. 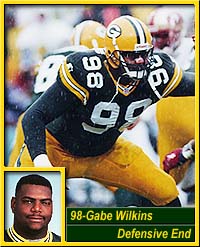 At Gardner- Webb I delivered pizzas and pumped gas and cleared land and dug ditches and cut fields and watered fields and all along was so broke that I used to scrape pennies and nickels to buy Hormel Chili and a bag of fake ass Doritos from the Pantry. And we all did stuff like that, my buddy Jimmy lived in the locker room so that he could coach.

And we would finagle ways to get into the cafeteria and get four hot dogs for a dollar from the Pantry and be damn happy that we had them.

The defensive back coach was  so broke that he was on WIC(food stamps) because he just had a baby and everybody just sort of accepted it and moved along and drank to forget what the reality was and then waited until practice the next day so that they could really do what they wanted to do, what they had to do, which was coach.

I train people now online, a few hearty folks. Its cheap as hell what I charge, but I feel guilty charging more. And then sometimes folks come see me and I help them in person and I rearrange my whole schedule to accommodate them and guess what? Sometimes they don't even pay me. They don't even offer to pay me, They have no concept of the expertise required, the 30 years of training and coaching that goes into training and coaching people.Just because I make it look easy, doesn't mean that it is easy.

I mean, I tip the gas guy when he pumps the gas. I tip everybody and I know what it feels like to work for crap and deal with the jerks who populate the public in general and how far just being COOL to folks gets you.  I know that I should say, well, pay me, I just fixed your squat and deadlift that was floundering, and you were scared to go down, just go down into the squat but I fixed that too...but that doesn't seem to matter.

The funny thing is that I keep waiting on people just to be cool, to do what is right, but they just don't get it. I always wonder, how do those people think, how where they brought up? Most of them are so self absorbed that they can't see the forest for the trees.

I feel sorry for the waitress who can't make ends meet and  who lights up when I come into the restaurant because she will get a good tip.

And I know that its futile to get worked up about the way people are, they won't change. I have learned that for sure. People think that, it's just weight training, but they really don't know. Its just like anything else. Pay for the what you get. Period.

Lots of disappointment comes with being around people, lots of it. I get disappointed in most folks and just  end up cutting ties with them because, well because , they suck. Too bad. It makes me dislike people intensely, really.

And then, of course, some people are shining examples of doing what is right and being right in what they do and how they act. They get it. And that gives you hope in people! But most? Forget it.

Did somebody help you move? Pay them. Pay for their gas and time. Get free medical advice? Reciprocate in some way. Somebody go out of their way for you? Reciprocate.

Damn, its frustrating.  I'm not sure why it even bothers me so much. In the grand scheme of things, it probably doesnt matter a whole bunch. But it isn't cool, not one bit.

Being cool. Its just the right thing to do.