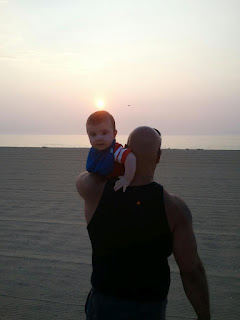 People are always coming up to me and saying stuff . I am 5 9' and somewhere between 230-240 so I stand out some, I look like I train with weights.

The best is when a stranger feels the need to tell me how strong they are , or rather, WERE, before they got hurt, or had a baby, or got married  or got old. I feel like saying, "Oh, you mean before you got soft?" The old football knee injury is always a good one. Or " I could do that too, but I wouldn't want to wreck my back and knees."

Or how about this one- "My buddy was strong. How much did you squat?"  "820", I say. "Yeah , that's pretty good, I believe my buddy did a lot more than that. He was big, too. Sorta like you , but more muscular and taller. I think he was in the Olympics or something. I know that he was a world champ." Everyone has a cousin that was stronger than me, or bigger than me. Everyone has a friend or relative that was the baddest man to walk the planet.

I like it when people will write me to say that they want some advice or something, but then feel the need to list their credentials and who they know in the strength world.  They have lifted with Louie, they are buddies with Kirk, they competed at something 20 years ago. They definitely know more people than I do, my circle seems pretty small comparitively. And of course, they were All -County in 1987 in high school, but that scholarship didn't come through to Alabama because...you guessed it....that damn knee injury.

I had an old Marine stop me in the Home Depot parking lot the other day. He asked me what I do, told me that he trained, then told me that doctors and coaches, "Don't know shit" about nutrition and that I should watch the documentary Forks Over Knives. I guess that he assumed that I wouldn't take offense about not knowing anything about nutrition. He was at that age where he didn't give a damn if I was offended anyway. I see that Netflix has the video and I will check it out. He told me that the movie would, "Blow my damn head off."

Of course, people feel the need to tell me about their training and how it works their "CORE" (I just threw up in my mouth, but I washed it down with a water that has vitamins in it and only cost $2.49 at the Speedy Mart. It's water. Drink from the sink.). And I always say, "Your CORE? You mean your hips???" And they say, "No, no, your abs, your six pack. You know, that's where your strength is, your CORE." I listen politely to some gimmicky TV product or some bands that suspend you upside down while you chant some mantra. Then they say, "What do you do for CORE?" And I say, "Squats and deadlifts.", And they say, "Oh, I would squat, but my trainer at Bodies in Motion 24/7 Water Bottle  says that they are bad for your knees and I also have an old knee injury from high school football............
Posted by James Steel at 9:16 PM