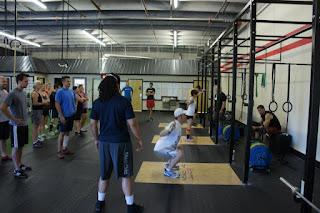 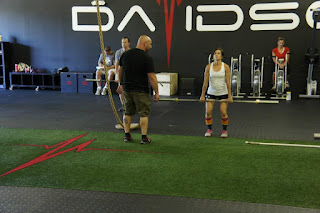 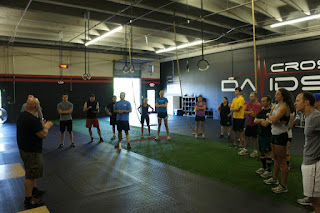 Cristi Bartlett and I gave two seminars in North Carolina over the weekend. The first one was at Crosffit Davidson. I was greeted at a suhi restaurant by the co-owner, Jane Elizabeth. This lady is one smart cookie. She is one of those people that has an enthusiam that is infectious. "JE" talks to you, not at you. She could be president, I kid you not. She and her husband Huff run a first rate facility. After dinner, I went to the facility to help some of their coaches with some form issues. They were receptive and inquisitive. The next morning, Cristi and I gave a two hour seminar to some of the members of the "box". I can't say enough about this group. Cristi and I demonstrated and taught the Squat, Bench, Deadlift and Clean. Cristi deadlifted 455x2 as part of the demonstration without a belt. Outstanding. After each lift was taught, everyone got a chance to try the lifts, coached by Cristi and myself. These folks did not miss a beat. I was proud of them. More sushi followed, and my good friend Mike Pondo joined us. Mike was also at the seminar observing. He and I played together at Gardner- Webb many moons ago. Huff, Mike and I talked programming during lunch and had a blast. Tomorrow, I will write about Charlotte. 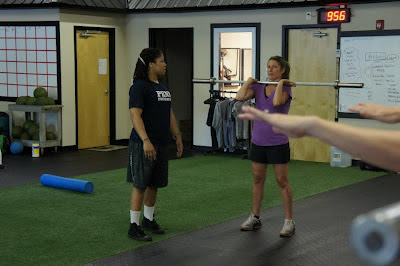 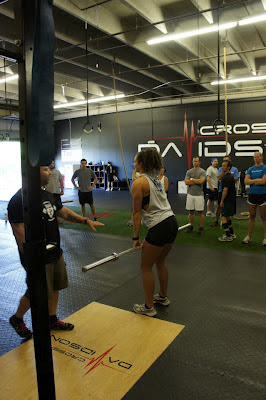