Protein- It's Not Just For Muscles-Part 3 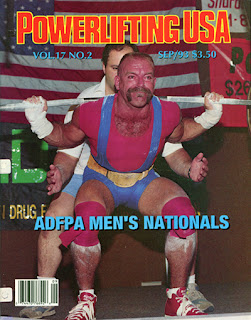 In the last two segments of this post I provided some information on the amount of protein a human can process from a meal.  This was based on the concept that we can’t use more than 30 grams of protein, or digest more than 30 gram from a meal.  In this final installment I will discuss the effects of the quality and different types of protein on the body and how other nutrients affect protein absorption.  I will also provide insight to research on protein and athletes and give you a guideline to follow for protein ingestion.

Quality of protein (nutritional value)
To be effective dietary protein must have all the Essential amino acids.  There are nine that the body cannot make or make in sufficient amounts.  These must be included in the diet and they are Histine (less important as we age), Isoleucine, Leucine, Lysine, Methionine, Phenylalanine, Threonine, Trytophan, and Valine.  Conditionally Essential AA are the six that are important but made by body       Arginine, Cystine, Glutamine, Glycine, Proline, Tyrosine.  The final five are Non-essential because they are less important and made or converted in body, Alanine, Asparagine, Aspartic Acid, Glutamic Acid, and Serine.  Complete proteins have the 9 essential amino acids and are only found in animal protein and soy protein.  I know that people say Quiinoa (a grain) is also complete but I can’t verify this.  Typically all plant sources w/ the exception of soy are incomplete because they lack one or more of the essentials.  High quality proteins contain all the essentials in their proper proportions.  I will let you look those proportions up to due space limitations here.
The bioavailability of ingested AA and their Nitrogen is their efficiency in their metabolic utilization. Low quality protein and the incompletes have been shown to increase urea production because they increase the flow of AA going to the Liver.  The AA from these sources are not as coveted by the gut (remember that?) and are passed along to the liver for energy usage. The intake of these low quality proteins contributes to lower net protein synthesis.       High Quality proteins increase AA usage in the gut which induces AA retention hence they don’t travel to the liver and they can be used for structural purposes which has the opposite effect.
Other nutrients also seem to play roles in the absorption of AA.  Fats typically are found to slow the transit time of protein through the digestive system and hence slow the rates at which it is digested.  Carbohydrates have probably been studied more than any other nutrient in combination with protein.  These studies have looked at the effects of both when taken in combination on AA absorption, insulin release, glycogen replenishment, BCAA function and on and on.   Here is the Readers digest version.   Carbs when ingested with Protein can dampen the effect of using AA for energy and there is also a greater retention of AA in the gut.  This means when carbs and protein are ingested together you positively affect nitrogen balance.  Fiber has an interesting role.  When research looks at fecal nitrogen (excreted nitrogen) it tends to increase when protein is ingested with fiber.  However, the N balance is rarely affected.   The belief is that the increase in excreted N is related to the increase in bacterial activity in relation to the presence of fiber in the large intestine.
S
Slow vs. Fast
What makes a fast vs. slow protein?  Well it goes back to the rates of absorption I had mentioned in the 2nd installment.  Whey protein is a great example of a fast protein.  First, it’s soluble (it mixes with water).  Anyone in their forties can appreciate a protein that mixes in water, remember the good old days with egg and other protein mixes that globbed up and floated on the top of whatever liquid you were mixing it with.  Liquid protein is easier to digest, the enzymes have easier access to it and they break it down much faster due to this.  Also, when you add whey isolates you are looking at smaller peptide chains of protein that are easier to break down.  Based on the research whey has an absorption rate of about 8-10g/hour.  Rates lower than this would be considered slow proteins.  Most slows are not liquid and if they are (milk) they coagulate in the stomach (making them into solids like cottage cheese) which again slows the ability of the enzyme action.
Both types of protein have their pros and cons.   Fast proteins are considered to have a positive effect on protein synthesis in response to its ingestion (after activity).  Slow proteins actually help reduce protein breakdown and this lasts for up to 7 hours after ingestion (Slow protein before bed).  This effect also helps maintain protein balance.  On the downside fast proteins stimulates AA breakdown.  Because they breakdown and release AA faster, these AA enter the liver faster and get used for energy instead of structure.  The downside on slow protein is the time it takes to get into the system.  Slow protein in the am will give you a steady supply but won’t give you the initial protein feeding your body needs after sleeping (fasting) 7-8 hours.  If we consider these numbers they also give some insight into the optimal amounts of protein.   Protein absorption at 6-7g/hr. provides the best protein balance.  In a 24 hour period this amount would equal 144 -168g/protein/day for an 80k (176lbs. person).  These numbers are far lower than the 301-365 gr from the high end intakes discussed in the last installment.  Plus those higher protein amounts would require an absorption rate of 12.5 -15 g/h and we know this is not an optimal rate range for protein balance.