Songs To Train To With Commentary Part One

I have always been a Metal Head and I always will be. I like soulful country and Metal. All kinds. First I discovered Heavy Metal. Not Black Metal or Death Metal.  Just metal. And it remains the cornerstone of my music. I have some Metal songs and albums that I like to train to, listed below. Train to any of this and your testicles will immediately drop and you will be squatting reps with what you previously thought was impossible.

I have to admit that "Number of the Beast" is a killer song to train to. LET HIM WHO HATH UNDERSTANDING. Yeah, its about satan, but not really. It's a story. It's Charlie and I driving around after school, going to Jack n the Box and having a blast. And then sitting in his room with his cassette player and cranking Maiden and dissecting every word, and his Sicilian mom feeding me bowls of noodles after noodles while we crushed Metal.

White Zombie. "Thunderkiss '65 kills. Always will. After that album that it was on? Not one good song by Rob/White Zombie, But that album crushes and crushes.I know that some of you like that rap/rock combo stuff. I despise it like the worst case of flu and then death by hanging. But go for it.

I love Screaming for Vengeance by Priest. Not a weak song on it. I was in like 6th grade and we all gathered around Eric Mendzella's house in Knollwood off of Powder Mill Road and listened on his plastic record player as he put it on. I was blown away and still am. Any song on that album will make you wanna pillage the village like a Beserker on meth.

"Raining Blood" by Slayer
"South of Heaven", Slayer  They kill like hell.

"Hellbound" by Pantera, opening song on 2000 or 2001. Saw them like three times that tour. I think all by Pantera is great, sans the Cowboys From Hell album. Vulgar is great, Far Beyond Driven is amazingly amazing, and all is great after that.

"Stronger than Death" and "Thirteen Years Of Grief" by Black Label Society. I love Zakk Wylde, and Stronger Than Death is a killer, death machine album that has not one weak song on it. I mean, damn, he was angry and drunk and wanting to fight and had Rottweilers on the thing and yes! But then, I don't know what happened, and I love Zakk, I met him and he was , albeit drunker than Cooter Brown, COOL AS ALL GET OUT, but why did he change? 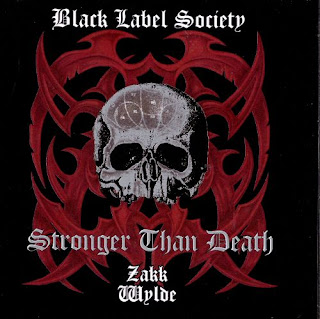 Maybe it because he stopped drinking. but he had to do that for his health. Maybe he got older. Mellower. I get it. But damn, he was a badass on Stronger Than Death.

Anything by Phil Anselmo I buy and train to. Superjoint Ritual's first album, Use Once And Destroy is absolutely great. Down kills. Pantera, of course. Love Phil. Met him a few times and he's totally cool. I read an interview recently where he said that he didn't like guns. Not cool. Entitled to his opinion. Seems delusional, but ok. Great music. Lifted tons to his stuff.

"Simple Man" by Charlie Daniels. Lifted to it in '91 with my buddy Jimmy. Then we ate biscuits and gravy at Hardee's while we looked out the window at this strange little man who picked up aluminum cans while walking his little white poodle strode on by, That guy walked everywhere. One time , I tried to give him some cans that I had picked up just for his walking ass and he acted like a prick, like" I don't need your can charity". So after that, I used to make fun of the way he walked and what a loser he was for walking around all day with his softs ass self and his soft ass cotton ball dog.

Highway to Hell and Back in Black. I mean, AC/DC is youth, my youth. And the talent stands up! I remember standing in Joe Rhoa's living room when I was in 7th grade and we had the album out and we were just staring at it, and look ahh devil horns and I heard AC/DC meant this and that, and they are devil worshippers and all that. It was really cool. Not knowing every damn thing about those guys. Some mystery was good.

I have more, those were just some basics. I have some black metal, death metal, country and whatever, the next time. More to come.
Posted by James Steel at 8:24 PM