Hanging Out With Bill Starr

I have known Bill Starr for a few years. If you are not familiar with who he is, just Google him. He is one of the original strength coaches.

I really like the man. You talk about some stories? He has some stories. He was with the Colts (Baltimore) when Johnny Unitas was on the team. Johnny Unitas. Starr had one squat rack and a bar with some plates at training camp. And that was IT. That was the weight room. He worked one on one with Mike Curtis. They met at a local gym from time to time. Curtis would not train if a women was in the gym. Also, Curtis pressed 300 pounds overhead. Thats a pretty good press.

Coach Starr wrote Only The Strong Survive which is still, in my opinion, THE book of strength training for football. 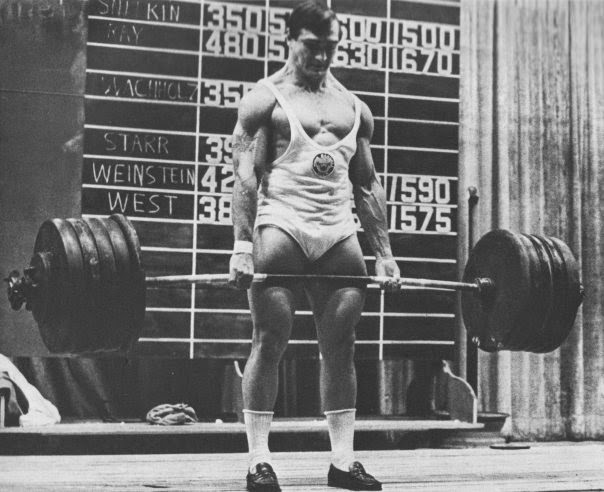 He was in the Navy, and that is where he first learned to lift weights. He learned by trial and error. He has coached at the University Of Maryland, the University of Hawaii, The Colts, Johns Hopkins. And of course he was an amazing lifter and trained at York Barbell in the days of Kono, Bednarski and those folks.

He drove to Johns Hopkins (which is in Baltimore) every day from Havre de Grace which is quite a trip (about an hour with traffic) and he was getting paid much less than 20,000 dollars a year.  Much less. He just loved coaching, so he did it.

What is he like? Salt of the earth. He is a minimalist. He lives in a small apartment in Maryland. He writes articles for a few magazines and websites. He has authored a few other books that are really superb. He paints. He walks 45 minutes a day, and still trains everyday in his apartment. He cooks wonderful soft shell crabs. He has no cell phone, just a land line.  Most of the time he has the phone connected to a fax. No computer. If you want to get in touch with him, you fax him or write him a letter. He likes letters, and feels that writing a good letter is a lost art. I really don't think that money is very important to him.

When I visit him I bring him a few Miller beers. Not the light ones.  Miller. It's what he drinks. But just a few. Nothing crazy.

And I ask him training questions and advice.

One time, my former assistant Brett Crossland had a question about high pulls. Starr took him into the bedroom and was extolling the benefits of the exercise. "Throw the weight over your head!" , Starr said, and Brett put it through the ceiling. But Starr just said, "That's alright." He was all fired up. The man loves the high pull.

I will go a long way for a good story and I am in awe when Starr begins to talk of the old days. Man! I almost forgot. He worked for Weider back in the early days. When Arnold first arrived in California. Arnold and Franco and Weider and all of those guys from those times.

I cherish my visits with him. Once we walked across the street and ate the best Cream of Crab soup around and drank a few Millers and talked training. Another time, I went with him for his daily walk and peppered him with questions. He doesn't change his schedule. You just go with the flow.

He loves Willie Nelson and Seinfeld.  He believes in hard, gut busting work. And he is beyond caring what people think about him or his opinions.  He is giving as hell, and I rarely leave without him giving me a magazine with an article in it that he has written or a signed copy of one of his books.

Bill Starr! A helluva man and a great coach. I am proud to know him.
Posted by James Steel at 9:24 PM