I was recently talking with Jim about my progress.  Where I was and where I am and where I am going… you know the kind of conversation you are lucky enough to have once in a while with someone who is really interested and really gets it.  I rarely have the opportunity to have these conversations with respect to my training. 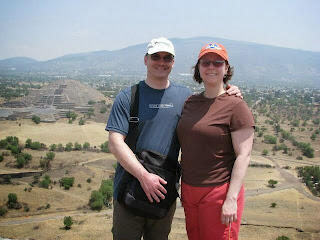 Seven months ago, I worked out differently and I was a different person with respect to my workouts.  Background in fifty words or less?  I was doing CrossFit type workouts with a trainer, running some, and participating in obstacle course runs and the Civilian Military Combine.  I came to all of this in my 40’s, by the way.  Prior to this, I was a devoted yoga and pilates practitioner.
BUT I was never an athlete.  My athleticism came with constant criticism I let hold me back.  We all know how difficult self-criticism is - a demon so many of us wrestle.  Criticism from others, however, is a tougher demon.  I let the demons corner me and keep me there.

One day, almost exactly one year ago, I found Muay Thai.  In the summer of 2012, I watched women integrate the last segregated sport in the Olympics:  boxing.  I admired the fighters.  So there I was at 44, dressed for work, walking into an MMA gym because twenty year old women inspired me.  I wanted to box.  Instead, I found Muay Thai.  Emboldened by the joy I was finding in a new form of athleticism that was mine – one nobody knew about (I didn’t tell anyone I was going), I decided to take another chance.
I wanted to be stronger.  And even though I wrestled with self-doubt and with family members actually laughing at me and people telling me I might have already reached my genetic potential - demons all - I took a chance.
I took a lifting seminar with Mark Rippetoe and his staff.  I met some amazing people. The seminar changed my life.  Demons were not invited.  Rip told me it was time to find a new coach and that if I wanted to be stronger, I needed a weight lifting program. And, they told me to eat more.

I left believing I could be stronger and better and knowing it was time to make that decision.  The demons suggested I sit a while and wait.

I knew, however, I wasn’t happy.  I did not enjoy my training.  To be fair, I really hate rope climbs, handstands, box jumps, and AMRAPing anything.  And kipping?  Ugh.

One day, very soon after the seminar, the demons were quiet.  I decided I wanted to powerlift and I needed a coach…now.  My trainer said “you’ll get bored doing the same lifts all the time”.  My husband, an avid CrossFitter, agreed and worried I would get hurt.  Demons.  My trainer and husband believed I would lose mobility and I wouldn’t be able to do things like the obstacle course races.  My female friends were horrified and worried that I’d get too big (they didn’t know about the Muay Thai).

This decision was empowering me and however slowly, I was learning to deal with the demons.  I was only home a few days after the seminar when I emailed Jim Steel.

At the lifting seminar, I met a man who had a profound effect on me.  A man I really respected and a man I asked for advice.   I told him Jim was going to write programming for me.  He said:  “Do me a favor. Listen to every single thing Jim Steel tells you. Do not over think anything. If he tells you to do it, just do it. He is the best and honestly you are incredibly lucky to even be in a position to learn from that guy. Just trust him.” I promised.  I have kept that promise.  Every day.  Matter of fact, I kept that email.

Jim writes my programming, checks my form, answers all my questions and then answers more questions, puts up with the demons who sometimes insist on training with me and hanging around and in the end…I do everything he tells me and I do not over think it.  I do not deviate from my program.  If I am uncertain about my program, I check first.  I promised.

Currently, I train seven days a week.  I train Muay Thai three times week and lift four times week.  I am not bored.  I have not lost mobility.  I do not look man-ish.  I finally started telling people what I do and for the first time in my life, I say it proudly. I’m happier than I think I’ve ever been.  I am an athlete and I enjoy every minute.

I’m a hell of a lot stronger than I was – physically and mentally.  I look so much more muscular and I’m happy about how I look.  No, I’m not a size 2/4 any longer.  I’m a size 4/6, usually a 6 but I still have a pair of size 2 Levis I love and they fit well.  Yes, I put on a bit of muscle weight and my size went up a bit.  My old clothes do not fit well in my thighs and butt or across my back.  That is muscle.   I still struggle when friends tell me I look “big” or “thick” – it’s hard to deal with these demons as a woman.  But then I go to the gym and I’m the only woman there doing deadlifts and I feel good.   Turns out, feeling strong feels really good.  The demons rarely come to the gym now.

I still love kicking and striking.  I’ve started sparring since I started powerlifting.  I’ve tested up in Muay Thai!  Strength has given me confidence on the mats.   I would never be this far in Muay Thai without the lifting.  It’s so good to be stronger.  My second test involved sparring coaches – some of whom are pros.  Recently, when I was struggling with a particular issue in punching, my coach suggested “Yeah, but you’re strong as shit!  Nobody will beat you in the clinch.”  Right on my brother.  Turns out, demons don’t like Muay Thai so much either.

I don’t obstacle course race any longer. I could, but I listen to me now and I really didn’t like it as much as I wanted to like it.   I run occasionally but not often.  I’ve taken up a new outdoor athleticism in GoRuck…a crazy group of people who think it’s a good idea to carry a shit ton of weight around for 12 hours while doing PT with fully loaded ruck sacks.

And I learned to kick down doors and punch demons in the throat.  That’s how winning is done.