It's Your Lifestyle, Damn It! 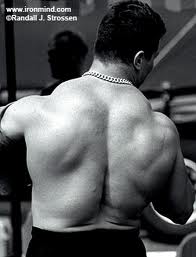 I have to admit that I got this idea from Dr. Mauro DiPasquale, but it has always stuck with me- the idea that when questioning why one isnt getting stronger one must focus on everything involved in the process. Its the lifestyle that must be examined, not just the training program or session itself.

Let's take a competitve powerlifter for example. He is dismayed that he missed his squat, even though he warmed up properly and followed the program to the letter. He complains to his coach that the program just isn't working, or that he needs some Superduper NOX cocktail that he read about in some muscle rag.

So the coach digs a little further and finds out that the athlete's girlfriend broke up with him two days before his lift and he doesn't handle the stress of rejection too well. And although the athlete slept well the night before the big squat, he took Tylenol PM that evening  and that made him feel groggy and lethargic all day. He also switched his protein drink and he ended up spending most of the day on the toilet, and failed to replenish the fluids lost during those episodes. And on and on it goes.

It's the Lifestyle, damn it! There is so much more involved in getting stronger than just the training. The way I see it, there are so many holes in the dam that must be filled in order for the strength level to increase, and when one of them isn't filled, the athlete's performance is compromised. You want to be super strong? Pay attention to all of it, the meals, the sleep , the warmup, the mobility, and yes, even the supplements. Look inside yourself, focus on everything that you can control and dedicate yourself.

Most programs work. If the athlete is using sets of 2-5 reps and staying in the 70-95% range and progressing through high and low volume days, he will make gains...if and only if all of the other factors involved are taken care of correctly.

Now we all have had workouts that kicked ass when we felt like crap, but that is not going to happen on a consistent basis.

All of the programming on the world won't do a damn thing if you are inconsistent with the other factors involved in strength building.
Posted by James Steel at 9:36 PM