How Much Protein Can You Really Eat?

The following is a blog post written by my good friend, Dr. Phil Wagner. Phil and I worked together years ago and he is one smart dude and a hell of a coach. He runs Sparta Performance Science in California http://www.spartascience.com/index.html All of his blogs are informative and researched and they definitely follow the Bas' Barbell way of training - cut out the BS for maximum gains. Check out the list of athletes that he has trained also...enjoy!

How Much Protein Can You Really Eat? 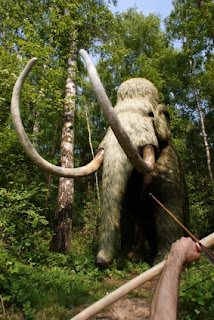 The word protein is derived from the Greek language and means “of primary importance”. It is fitting because this macronutrient is required by every cell, whether it is the contractile tissue of muscle, immune system antibodies, or hormones such as testosterone. Unfortunately, one of the biggest nutritional myths surrounds protein: “I can only absorb 30 grams of protein each meal”.
So you can only eat and absorb a fist size portion of protein at each sitting before negative ramifications like vomiting, diarrhea, or just plain illness? First off, if the human body worked this way, we quickly would have become extinct. I am picturing my ancient ancestors in their non-refrigerator world, killing a large pig, but only able to consume a fist size piece before moving on for the next kill. This protein limit fueled the popular nutrition strategy of eating 6 times a day, as it was the only option to get the recommended 1 gram of protein per pound of bodyweight (see Sparta Point 9/29/10). But what led to this mythical 30 grams per meal and why is it so important?
Most studies, including this topic of protein intake, look at short term effects; it’s just complicated to get research subjects into a lab for more than a few hours. The most recent research, a 2009 study out of the University of Texas Galveston compared the response of a moderate serving of lean beef containing 30 grams of protein with a large serving containing 90 grams. While the smaller serving increased protein synthesis by approximately 50%, the larger serving caused no further increases in protein synthesis. Unfortunately, this study did not involve exercise, especially the explosive activity inherent in power sports and its training. This intensity can drastically raise protein requirements (see Sparta Point 8/18/10). Furthermore, the study looked at one window in a day rather than over longer term periods such as an entire day

Back to my hunting example; our ancestors often had to go hours without eating before consuming a meal, a diet plan used in modern times known as intermittent fasting (IF). A 2007 study by the US Department of Agriculture compared intermittent fasting (i.e. eating tons of protein 1 time a day) versus a more traditional diet spread over 3 meals. The IF group crushed 86 grams of protein in one sitting, resulting in greater fat loss and increases in lean mass (muscle).
Unless you have impaired kidney function, generally found in diabetics, there is neither scientific evidence nor rational thought that high protein diets are harmful to healthy individuals. So shoot for 1 gram of protein per pound of body weight regardless of 1 meal or 6, though our bigger athletes have to space it out as it is hard to put down 260 grams in one sitting. Meals are really just “protein opportunities” so maximize them with protein shakes in between, double (one here, one to go, or a simple 10 egg omelet (See Sparta Point 11/23/09).

If you are not concerned with body composition (more muscle and less fat), please keep limiting your protein intake and I apologize for wasting your time.
Posted by James Steel at 11:46 AM